Sleep Better with Treatment for Sleep Apnea in Owings Mills 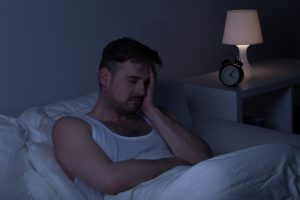 Sleep apnea is among one of the most commonly diagnosed sleep disorders with approximately one in five adults diagnosed with mild obstructive sleep apnea. In addition, it is estimated another one in five adults have moderate to severe sleep apnea. While these numbers may seem high, the actual number of people suffering from the condition are expected to far exceed these estimations. In fact, it is believed at least 80 percent of sleep apnea cases remain undiagnosed. The number of undiagnosed patients with the condition is largely due to miseducation, as well as not recognizing the symptoms of the disorder. As a dentist for sleep apnea in Owings Mills, Dr. Monica M. Mattson has the information you need to know to spot the signs of the condition.

What is Obstructive Sleep Apnea?

While there are other forms of sleep apnea, the most common form of the condition is obstructive sleep apnea. This form results when the airways become blocked during sleep due to the collapsing of soft tissues. As a result, the airways become narrowed, causing pauses in breathing. These pauses in breathing can occur hundreds of times per night while asleep, with each event potentially lasting longer than one minute.

Since most people are unaware they stop breathing while asleep, the condition often goes undiagnosed. However, there are various signs of the condition other than just the pauses in breathing, such as chronic snoring, choking, and gasping for air while asleep. It’s also not uncommon to experience morning headaches, mood instability, daytime fatigue, and many other symptoms. Overtime, the lack of proper airflow causes many long-term, potentially dangerous complications.

Should you suspect you may have sleep apnea, you will need to undergo a sleep study in Owings Mills. This may require you to stay overnight at a sleep center for monitoring. During the study, your state of sleep, eye movement, muscle activity, and heart rate will be monitored. In addition, your respiratory efforts, airflow, and oxygen levels will be monitored. After the data from the study is interpreted and a proper diagnose is given, you can begin treatment.

Dr. Mattson from Diamond Dental of Owings Mills provides treatment for sleep apnea. Using oral appliances in Owings Mills, the jaw in repositioned forward to help keep the airways open. As a result, the pauses in breathing are decreased to promote healthier sleep quality to protect your health.

A custom-made oral appliance is similar to a mouthguard that is worn over the teeth at night. The device will reposition the jaw while adding extra comfort when compared to other sleep apnea treatments. The oral device is effective for treating mild to moderate forms of sleep apnea. However, if you have a more severe form of the sleep disorder, you may require treatment with a CPAP machine. A CPAP machine is worn at night to deliver a steady stream of air through the nose or mouth via a mask.

To determine the best form of treatment, you will require a sleep study. After your physician has written a prescription, Dr. Mattson will provide the appropriate solution to treat your sleep apnea in Owings Mills.

Sorry, the comment form is closed at this time.

We�d love to hear from you! Please send us any questions or concerns you may have. Someone will get back to you as soon as possible.

Like Us on Write a Review on
Follow Us on Find Us on
© Copyright 2021, Diamond Dental of Owings Mills, LLC | Site designed and maintained by TNT Dental.